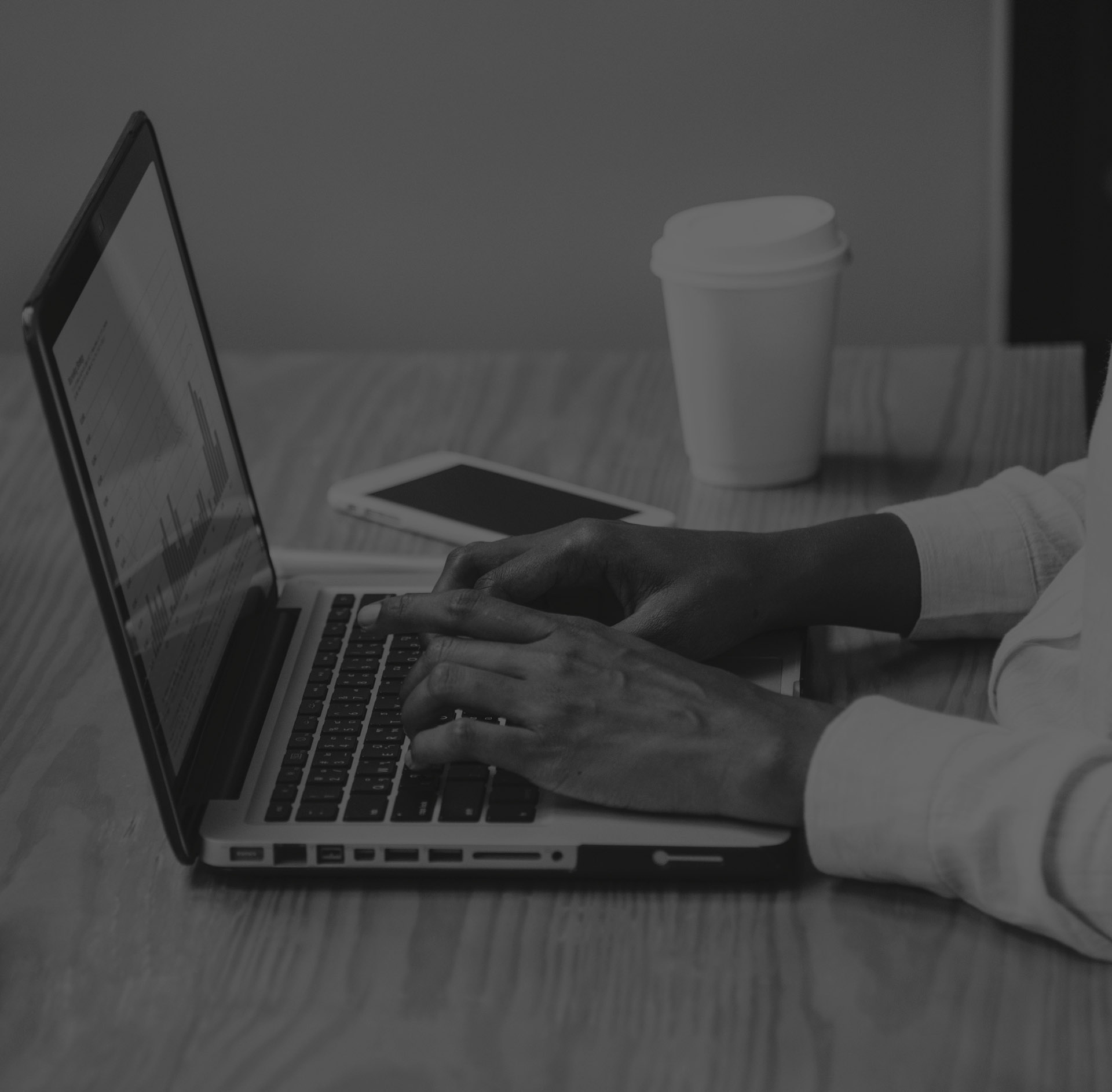 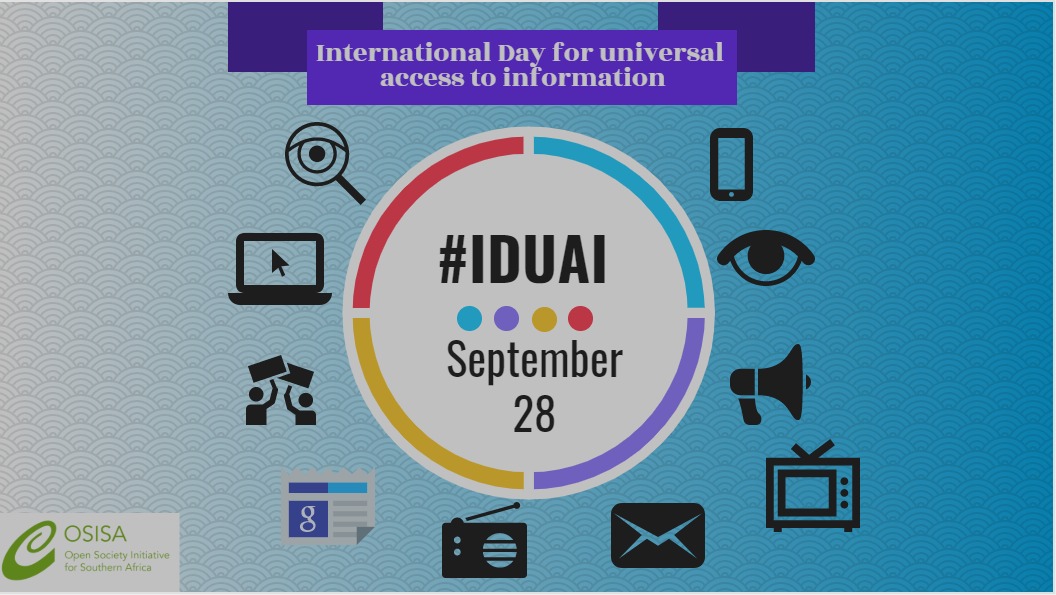 Key Challenges in the Region #IDUAI

Key Strenghts in the Region #IDUAI

The struggle for the right to access to information in the region has been long and tedious. This, despite the fact that regional and international instruments, including Goal 16.10 of the Sustainable Development Goals (SDGs), to which many countries are state party, recognise the centrality of this right as a catalyst for human development.

The Carter Centre aptly sums up why the United Nations Educational, Science and Cultural Organisation (UNESCO) has, since 2016, set aside September 28 as a universal day to annually commemorate the right to information. The Carter Centre contends: “Allowing people to seek and receive public documents serves as a critical tool for fighting corruption, enabling citizens to fully participate in public life, making governments more efficient, encouraging investment, and helping persons exercise their fundamental human rights”.

As the world commemorates the 2019 International Day for the Universal Access to Information (#IDUAI), Africa welcomes Ghana as the latest country to finally enact a law that will promote this right. The signing into law of the country’s Right to Information Act in May 2019, after almost two decades of struggle, brings to 23 the number of countries in Africa with legislation that recognise the right to information as a fundamental justiciable right.

Still, this is less than half of the countries on the continent. Worse, some of the laws contain problematic provisions that hinder the right to information. Zimbabwe is an example. Other countries such as Malawi have simply enacted the law but are yet to put it into force while others such as Mozambique are struggling to fully implement theirs.

These cases underscore deceit, reluctance and sheer lack of capacity that marks legislative processes in the region. For example, while laws such as the infamous Access to Information and Protection of Privacy Act (AIPPA) has seen Zimbabwe regarded as one of the 23 countries recognised as having a right to information law, in practice the law itself imposes severe restrictions on the extent to which information held by public bodies can be freely accessed.

Almost two years after its parliament passed an access to information law, the Malawi government is yet to give effect to legislation. The pronouncement of the commencement date, as required under the country’s laws, has been delayed and there are no indications it will happen soon. Meanwhile, the law is gathering dust while government claims adherence with its international obligations on the right to information. Malawi – to be sure – is also part of the 23 countries with a law, despite its dithering.

This behaviour is typical in a region whose governments loath transparent and accountable governance for fear of an informed citizenry. Massive corruption involving the ruling elites and their cronies has thus festered and is thriving due to information gaps that citizens are subjected to, and are thus disempowered to confront their governments on mismanagement of public resources.

For example, although Namibian president, Hage Geingob, promised to ensure the enactment of an access to information law by end of 2019, progress has been slow. In fact, the country’s parliament has been dissolved ahead of November elections before tackling the proposed law, let alone enacting it. The only source of hope is president Geingob’s reaffirmation of his commitment to ensuring the law is passed when he recently met AU Special Rapporteur on Freedom of Expression. But in all likelihood, this can happen under the new parliament, and hopefully in the first half of 2020. However, doubts exist if there will be adequate and wide consultations of civil society and other key stakeholders before the law is enacted, given the haste with which government is now pushing the process after failing to meet its own deadline.

Likewise, governments of Botswana, Lesotho, Swaziland and Zambia have been, at best, rhetorical and at worst indifferent when it comes to their obligations to promoting freedom of information as enshrined in international instruments and their own constitutions.

Yet, the biggest threat to the full enjoyment of this freedom is not only governments’ reluctance to adopt and act in accordance with the right to information laws and principles for fear of being held accountable. It is also the proliferation of disinformation, misinformation and propaganda, all of which have been lumped together and loosely characterised as ‘fake news’ while being presented as a new phenomenon.

To be fair, ‘Fake news’ has been part of the evolution of the communication ecosystem since human civilisation. To illustrate this, Julie Posetti and Alice Matthews in a report published by the International Centre for Journalists (ICJ) have compiled selected timeline of ‘Information Disorder’ through the ages. They trace incidents dating back from 44BC’s Mark Antony smear campaign; The Great Moon Hoax of 1835, when the New York Sun published six articles about the discovery of life on the moon; the World and Iraq wars; and the recent 2016/17 elections in various countries, including the United States of America (USA).

Although ‘fake news’ has been part of human life – markedly amplified by the invention of the Gutenberg Press in 1493 – the scourge has assumed concerning proportions due to digital technologies, which have made it easier to create fictitious news platforms and disseminate information deceptively presented as news to many people at very minimal or not cost at all.

While there is no doubt that digital technologies have radically transformed the communication ecosystem, enhanced whistleblowing and investigative journalism, empowered citizens to be both curators and receivers of information, among other things, their downside is cause for serious concern.

Globally, there is well-documented evidence of how distortions, falsehoods and untruths have impacted negatively on the quality of democracy. This is because digital media have opened floodgates of false and toxic information antithetical to the very reasons behind the value of free flowing information in a democracy.

Sadly, rogue governments in the region fully appreciate this and have taken deliberate steps to also get into the digital sphere to misinform in order to distort and control dominant narratives. In fact, they have enlisted expertise, drawn from various countries, to invest in troll farms so as to convolute discourse in the digital space with falsehoods, unsubstantiated conspiracies, incitement and hateful messages against critics, all in an effort to wade off rising agitation against misrule.

Using state resources, they are slowly taking over the space and flipping the script. And the gullible have been swayed. Instead of demanding accountability from those in office, they begin to see activists seeking democratic rule and justice as the source of their problems, for example. This poses a danger to democratic struggles and accountable governance in the region.

Aside from seeking to capture the digital sphere, there have been efforts to enact cyber laws under the guise of fighting cybercrime when, in effect, the objective is to stifle free flowing information. Almost all countries in southern Africa are either contemplating drafting new laws or strengthening existing legislation to curb cybercrime, fake news and threats to vaguely-defined state security. But a close analysis of the proposed legislation and official pronouncements on the matter betrays the real reasons behind this push. It is simply to restrict basic freedoms by criminalising online expression and information-sharing in order to shield ruling elites from public scrutiny.

Of course, there are better ways of dealing with threats to national security, cybercrime and disinformation without infringing on citizens’ liberties. Several binding and persuasive instruments, including the SADC Model Law on Cyber Crime, provide guidelines on how to balance international standards and country-specific challenges and needs. None of those prescribe the erosion of citizens’ rights to expression and access to information as often propounded by regional governments.

Similarly, there are several documents that provide insights on how to address the proliferation of disinformation online, which democratic states can use to fashion their policy frameworks in promoting online freedoms. And one of the ways is transparent and open governance.        Proactive disclosure of information held by public bodies, media literacy and investments in media independence and fact-checking, among others, will go a long way in mitigating gossip, false and speculative reports that filter into the public domain masquerading as news. Harsh legislative and paternalistic stick is certainly not a solution.

Governments that are anchored on servant leadership and are not afraid of informed citizenry but see it as a key ingredient for accountable governance should not be afraid of free-flowing information on- and offline. In fact, they would be the very first to defend and promote access to information however unflattering the public judgement on their tenure is.

Nhlanhla Ngwenya is the Programme Manager for Media, Digital Rights and Access to Information at OSISA.

September 28 is the International Day for the Universal Access to Information (#IDUAI). OSISA joins in the commemoration of the day. Let us know what having access to information means to you: Tweet us: @OSISA | Facebook us: OSISA | WhatsApp us: +27833891971 | Write us: content@osisa.org | Visit us: www.osisa.org | Subscribe to our channel: https://bit.ly/2mBRWKZ