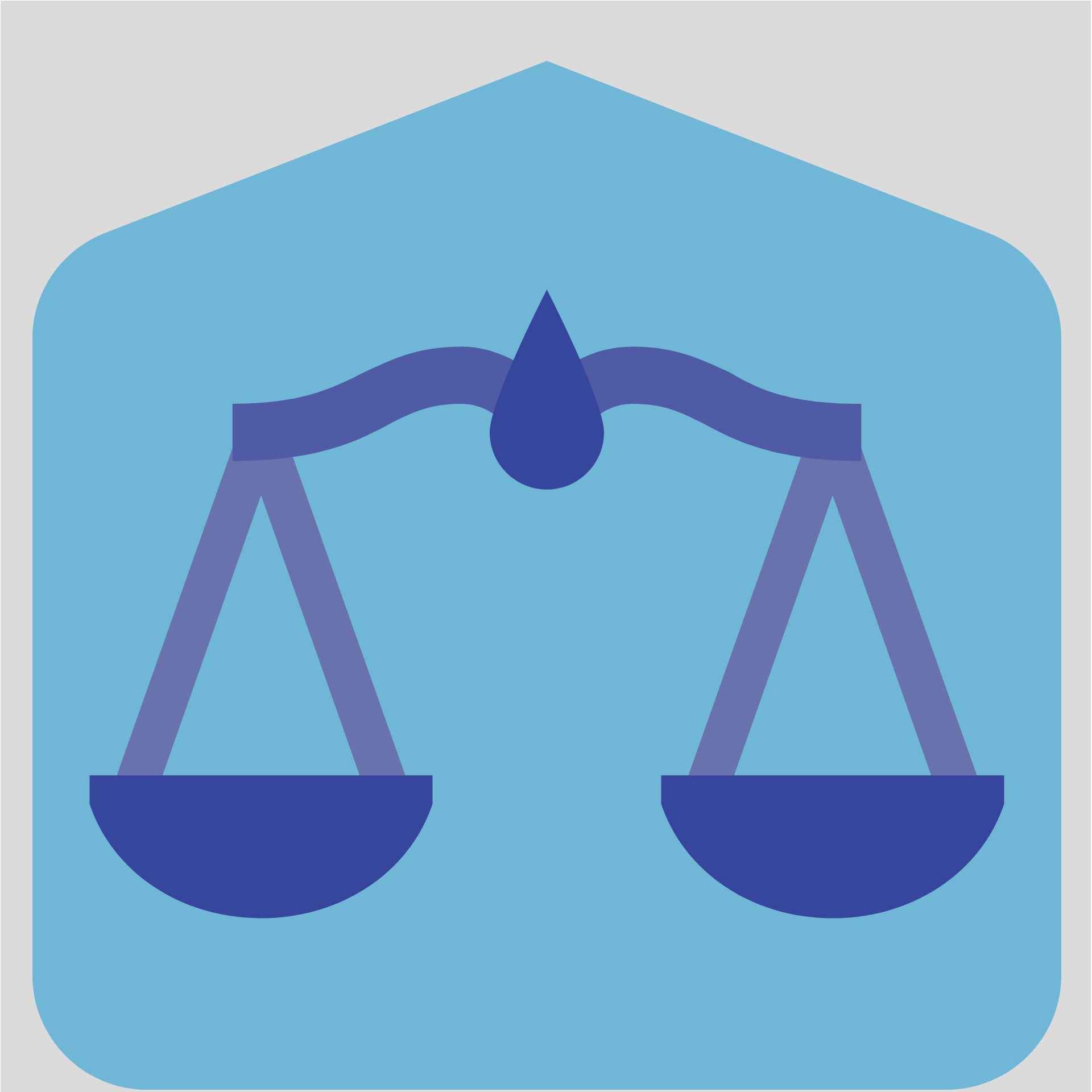 In granting provisional relief to a Malawian Human Rights Defender, has the African Court redefined jurisprudence on costs?

In a matter that is likely to redefine jurisprudence on costs orders in public interest litigation cases in Africa, the African Court on Human and Peoples Rights (AfCOURT), a continental human rights Tribunal recently granted an order of provisional measures in favour of Charles Kajoloweka, a Malawi human rights defender, against the Government of Malawi.

In a matter that is likely to redefine jurisprudence on costs orders in public interest litigation cases in Africa, the African Court on Human and Peoples Rights (AfCOURT), a continental human rights Tribunal recently granted an order of provisional measures in favour of Charles Kajoloweka, a Malawi human rights defender, against the Government of Malawi. The order directs the government not to proceed to execute the $29,000.00 personal cost order granted against Kajoloweka by the Supreme Court of Malawi, pending the finalisation of the case brought before the AfCOURT challenging the propriety of such punitive costs order in a matter that is indisputably of public interest.

Charles Kajoloweka is a frontline human rights activist and the executive Director of Youth and Society (YAS), a civil society organisation registered as a Trust in Malawi. Kajoloweka brought a case before the AfCOURT in 2019 challenging the propriety of a punitive cost order made against him by the Malawi Supreme Court in a public interest litigation case. He is represented by the Pan African Lawyers Union (PALU) instructed by the Southern African Human Rights Defenders Network (SAHRDN) in the case before the AfCOURT. In 2017, allegations of corruption in the procurement processes involving the purchase of maize by the Government of Malawi from a Zambian company were made against Mr. George Chaponda, then minister of Agriculture and Food Security. The corruption case, referred to as the ‘Maize-gate’ scandal, generated intense public debate leading to Malawi president, Peter Mutharika, appointing a Commission of Inquiry into the matter.

Following the appointment of the Commission, Kajoloweka brought a legal case before the Malawi High Court challenging Minister Chaponda’s continued performance of his duties as Minister while a Commission of Inquiry was investigating the corruption scandal. The matter was finally settled by the apex court of Malawi, the Supreme Court of Appeal which ruled that Kajoloweka’s case lacked in merit and ordered him to pay the costs of the legal suit, in his personal capacity amounting to twenty-one million six hundred forty-eight thousand six hundred seventy-five kwacha (K21 640 675.00) (an equivalent of nearly $US29 000.00.) The government immediately moved, through the Attorney General’s office to institute execution measures to try recover the money from Kajoloweka.

Concerned that the punitive personal costs order if it stands as part of the Malawi jurisprudence would have long term damage and a chilling effect of discouraging human rights defenders and the public at large from using public interest litigation as a means of demanding accountability by public officials, Kajoloweka launched the present challenge. He is also motivated to correct the situation so that Malawi continues on a trajectory of development of pro-human rights jurisprudence. He argues that Malawi has violated several provisions of the African Charter on Human and Peoples’ Rights which Malawi is a State Party. He seeks a two-fold relief from the Court. Firstly he seeks an order that the domestic proceedings and the final order by the Supreme Court resulted in Malawi violating its international law obligation to respect and preserve the right to food. Secondly he seeks an order that in imposing personal punitive costs against him in a public interest case, Malawi violated its international human rights obligations of guaranteeing his rights to be heard by an independent and impartial tribunal, rights to freedom of expression and to the equal protection under the law. Simultaneously, Kajoloweka invoked provisions of the Court rules and asked the Court to make an interim decision stopping Malawi from executing the legal costs order, pending finalisation and determination of the substantive merits in the case. The basis for the request for such provisional measures was that Kajoloweka ran the risk of irreparable loss if the costs order was to be implemented before the case was resolved on the merits. The impact of the costs order if it had been executed would have been immediate threat of liquidation of Kajoloweka’s estate.

Malawi is party to several international human rights instruments that include the African Charter on Human and Peoples Rights (ACHPR) and the International Covenant on Civil and Political Rights (ICCPR) that guarantee the rights to establish good and accountable governance, an independent and impartial court system, to a fair trial, to equality and equal protection of the law, to freedom of expression and to receive and disseminate information.

Ruling by the ACHPR

Whilst the ACHPR is still to hear and determine the main matter on the merits on whether Malawi violated provisions of the African Charter on Human and Peoples’ Rights, it has issued an interim order for provisional measures directing Malawi to stay the enforcement of the order for costs by its Supreme Court of Appeal. More specifically having come to the conclusion that if executed upon Kajoloweka’s immovable property and personal belongings may never be recovered thereby causing irreparable harm, the AfCOURT ruled to;

a) Stay the enforcement of the order of costs by its (Malawi) Supreme Court of Appeal against the Applicant (Kajoloweka) pending the finalisation of the application on the merits.

b) [Malawi to] report to the Court within (15) days from date of receipt of this order on the measures taken to implement it [African Court order].

This means that the Government of Malawi should cease immediately all processes it had initiated to recover the legal costs of $29000 against Kajoloweka pending the final outcome.

Reactions to the Ruling by OSISA Partners in the case

“The use of Public interest litigation as a tool to advance and protect human rights and the rule of law has become widely accepted as part of addressing inequality, injustice and impunity in African societies and to raise issues of public concern” stated Don Deya the Executive Director of PALU. “We hope that by taking this negative emerging jurisprudence on costs orders in public interest litigation cases in Malawi for scrutiny by the African Court, we are helping the Malawi judiciary under the able leadership of Chief Justice Nyirenda to re-look at such jurisprudence and evaluate if it is reasonably necessary to advance human rights and democratic accountability in the country” added Deya.

“The conduct of Kajoloweka to sue President Mutharika on available evidence to take decisive action against a minister involved in possible corruption and siphoning of public resources was very responsible and certainly indisputable in the public interest to promote good and accountable governance” stated Arnold Tsunga the SAHRDN chairperson. “On the face of it, such responsible and courageous conduct to demand public accountability in a very plausible case of corruption losing the country millions of Kwacha did not warrant such huge punitive costs let alone any adverse costs order at all and this naturally raised suspicion that Kajoloweka as a frontline defender was facing backlash for speaking to power” added Tsunga

Whilst the landmark decision by the African Court decision is interim, it still serves to emphasise the importance of public interest litigation in the development and protection of human rights in Malawi and certainly across the region. The order of the Court goes a long way to reinforce the importance of using a rights based approach to matters of public interest. Partners will therefore continue to monitor the development of the case before the African Court and share further updates on the case in due course.