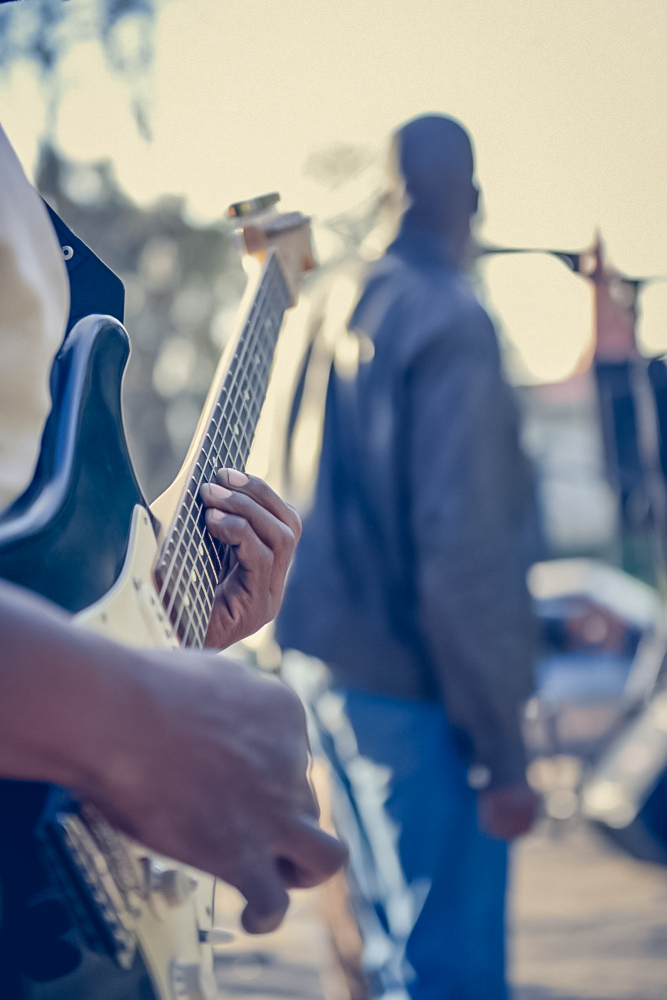 The effects of Covid-19 on artists have been noticeably different now that grants have been given out. Whether these grants were provided for creatives who were overlooked because of their profession or for those who need funding to continue their respective projects, they have been much needed. There are interviews that have been conducted to try and understand the emotional impact that the pandemic has caused on artists as well as the impact the pandemic has had on their creative spaces and I will explore these further.

The idea of a space being affected by a virus can be an unusual way to view the impact it has caused however when artists such as musicians mainly depend on the amount of people collecting in one space to witness their work being made it can be a very jarring change to have that space removed and monitored constantly. Live gigs and performances were abruptly stopped and artists had to find new sources of income from working remotely. When interviewing a young musician in Johannesburg who had contracted Covid-19 along with his girlfriend, he discussed why the pandemic affected his career. He was no longer able to perform live because of lockdown restrictions, the changing curfew and alcohol bans, thus these factors have made work incredibly hard for him. Concepts of festivals and markets have dissolved so much that according to said musician “getting permission from the government is another huge hurdle to get passed” especially in terms of regulating.

Dance classes have also been affected where masks must be worn the entire time – which is necessary. In the same breath, the natural state of these activities has been reshaped and those who have chosen these career paths are required to adapt. When speaking to an animator based in Johannesburg, he stated that marketing budgets that have gone to live-action productions have now been channeled into animation because it’s safer, has fewer regulations, and contains a smaller crew. This artist believed that they have benefitted more now than before because of this niche field because it doesn’t require being physically present. Agencies that normally wouldn’t hire an artist based on where they live would reconsider doing this now because the location is not a factor. Burnout, however, has a larger role now because of the mass amount of work needed to be done and the hug surplus of positions that are available to a specialized animator. Although he says that he benefits from this, it is also a huge amount of pressure to deliver for multiple projects at once.

The fear of not having work for artists, in particular, is extremely present, as the arts has been felt by some to be dismissed in comparison to other professions. With this fear comes an urgency to take on any job that presents itself to the artist and as a result, the artist is taking on more work than they can handle. With weddings being cancelled in 2020, wedding photographers have felt a financial strain, particularly those who solely depend on these jobs which require bookings in advance.

As a freelancer , jobs often need to be planned according to the rent the artist needs to pay as well as their other responsibilities such as utilities, their online subscriptions, their food costs as well as many other things. During the pandemic, artist can easily find themselves living day to day, looking for jobs in a saturated market, charging less than they normally would just because they need a job. Some artists have been fortunate enough to receive grants to support projects they have been working on individually or as teams and some organizations have also been funded to continue to help other artists on a smaller scale.

With time we have been able to observe the dramatic social changes around us and as we grow to navigate spaces mentally, emotionally, and physically we can also learn to empathize. The fact that the entire world has been placed in the same situation means nobody can afford to turn a blind eye. There are multiple factors that come into play when considering another person’s circumstance. As we learn to resonate and listen, we can simultaneously grow closer to finding solutions and filling the spaces we unintentionally form with those we may not fully understand.