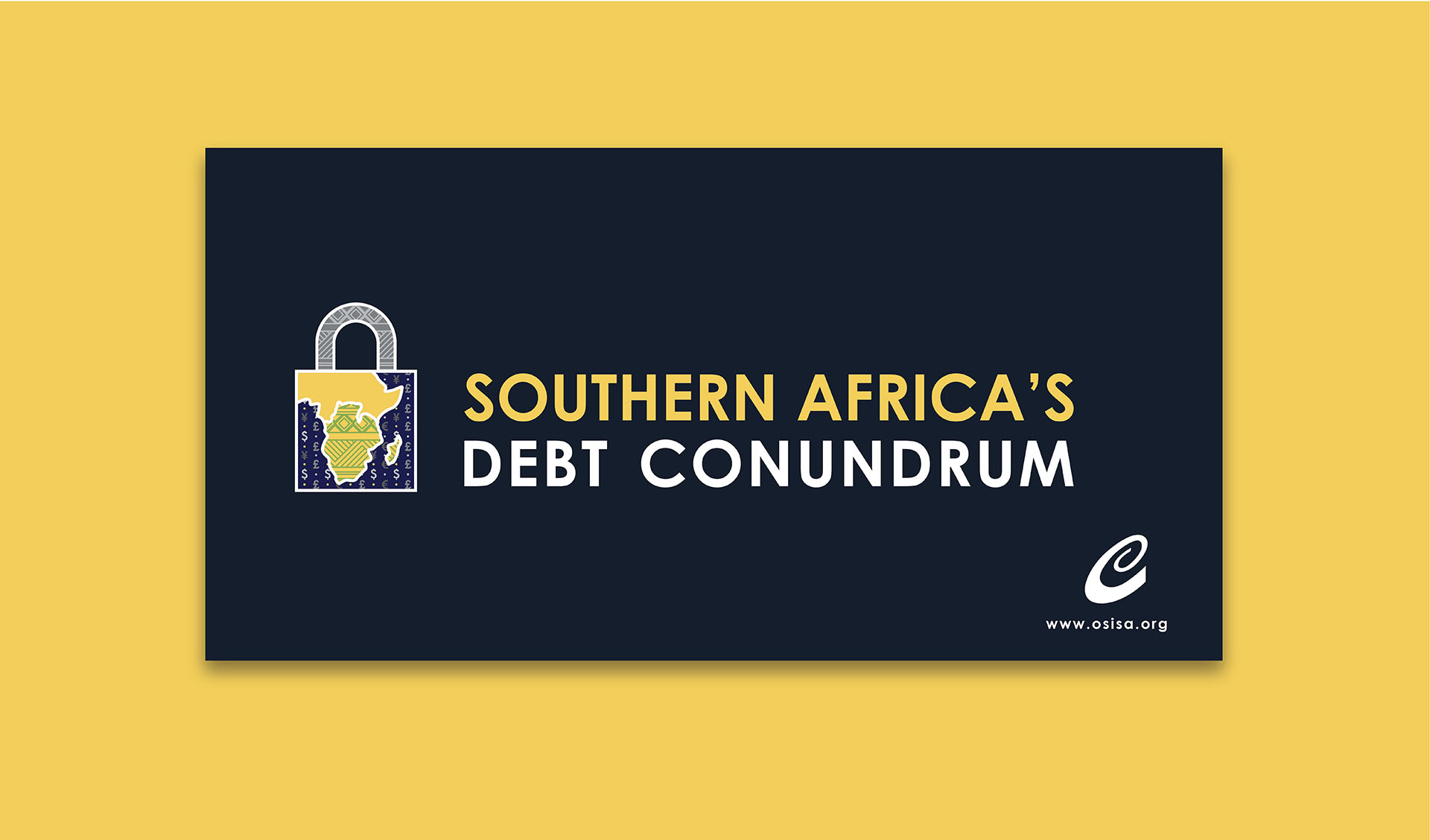 The Open Society Initiative for Southern Africa (OSISA) will host a regional conference on 2 and 3 July in Johannesburg, South Africa. The two-day multi-stakeholder conference emanates from concern about southern African countries’ rising debt levels, which threaten developmental aspirations. Despite numerous commitments to achieve and maintain sustainable levels of public debt, southern African countries are not only reneging on these commitments but are also showing reluctance to rapidly adjust and address rising debt levels. For example, the foreign debt of approximately $170–210 billion for sub-Saharan Africa between 1995-2005 (when G7 debt relief lowered it by 10 per cent) has since risen to nearly $407 billion by 2018 according to estimates from the Jubilee Debt Campaign. There is, therefore, an urgent need to address southern Africa’s debt conundrum.

It is OSISA’s view that the debt crisis presents a range of social and economic implications which have hindered the manner in which political, social, economic and cultural rights can be achieved. For example, women have been the most impacted by rising debt levels, evidenced by a lack of economic opportunities. This has further widened gender disparities, not only in southern Africa but across the entire continent. In addition, the unresolved debt question has also resulted in high unemployment and poverty levels in the region.[1] Lack of adequate healthcare and education services has also been synonymous with rising debt, resulting in social ills – increased child mortality rates, rise in palliative diseases, and increased illiteracy. [2] Among the major consequences of these indicators is the lack of human development itself, which is a hindrance to the access and enjoyment of human rights.[3] Hence, the conference will spotlight southern Africa’s debt conundrum while allowing stakeholders to critically engage on the lived realities, challenges and existing opportunities to create a pathway towards sustainable debt and development.

Among other dignitaries, the conference will be attended by the United Nations Independent expert on Debt and Human Rights, Mr Juan Pablo Bohoslavsky, as well as representatives of the SADC Parliamentary Forum (SADC PF), selected Members of Parliament, think tanks, NGOs, civic and youth groups and journalists from the various SADC countries.

Media are welcome to attend the event, at the Crowne Plaza Hotel in Rosebank. For further information, please contact:

The Open Society Initiative for Southern Africa (OSISA) collaborates with other organizations on issues surrounding the rule of law, democracy building, human rights, economic development, education, the media, and access to technology and information. www.osisa.org